HOW TO STOP A GOSSIP
Mildred, the small town gossip and self-appointed monitor of church morals, was always one to stick her nose into other people’s business.  Most members of the congregation did not approve of her intrusions, but she was feared, so all maintained their silence.
She took that fatal step too far one day, when she accused Frank, a new member, of being an alcoholic after she saw his old pickup parked in front of the small town’s only bar all afternoon. She emphatically told Frank (in front of several others) that EVERYONE SEEING THAT PICKUP THERE WOULD KNOW WHAT HE WAS DOING!
Frank, a man of few words, stared at her for a moment then just turned and walked away. He didn’t explain, defend, or deny. He said nothing.
Later that evening, Frank quietly parked his pickup in front of Mildred’s house, walked home ….and left it there all night.

A woman has twins, and gives them up for adoption. One of them goes to a family in Egypt and is named ‘Amal.’ The other goes to a family in Spain, they name him Juan’. Years later; Juan sends a picture of himself to his mum. Upon receiving the picture, she tells her husband that she wished she also had a picture of Amal. Her husband responds, ”But they are twins. If you’ve seen Juan, you’ve seen Amal.” 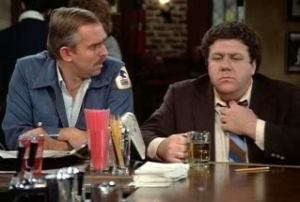 “Well, you see, Norm, it’s like this. A herd of buffalo can only move as fast as the slowest buffalo. And when the herd is hunted, it’s the slowest and weakest ones at the back that are killed first. This natural selection is good for the herd as a whole, because the general speed and health of the whole group keeps improving by the regular killing of the weakest members. In much the same way, the human brain can only operate as fast as the slowest brain cells. Now, as we know, excessive intake of alcohol kills brain cells. But naturally, it attacks the slowest and weakest brain cells first. In this way, regular consumption of beer eliminates the weaker brain cells, making the brain a faster and more efficient machine. And that, Norm, is why you always feel smarter after a few beers.”

Sherlock Holmes and Dr. Watson were going camping. They pitched their tent under the stars and went to sleep. Sometime in the middle of the night Holmes woke Watson up and said: “Watson, look up at the stars, and tell me what you see.” Watson replied: “I see millions and millions of stars.” Holmes said: “And what do you deduce from that?” Watson replied: “Well, if there are millions of stars, and if even a few of those have planets, it’s quite likely there are some planets like Earth out there. And if there are a few planets like Earth out there, there might also be life.” And Holmes said: “Watson, you idiot, it means that somebody stole our tent.”

Police arrested two kids yesterday, one was drinking battery acid, the other was eating fireworks. They charged one – and let the other one off.

Would You Like To Submit Your Own Funny Joke?
E-mail It To Us At: info@shakespearemensclub.com

The Shakespeare Men's Club is a non-profit organization of men and women located in Shakespeare, Ontario, Canada.